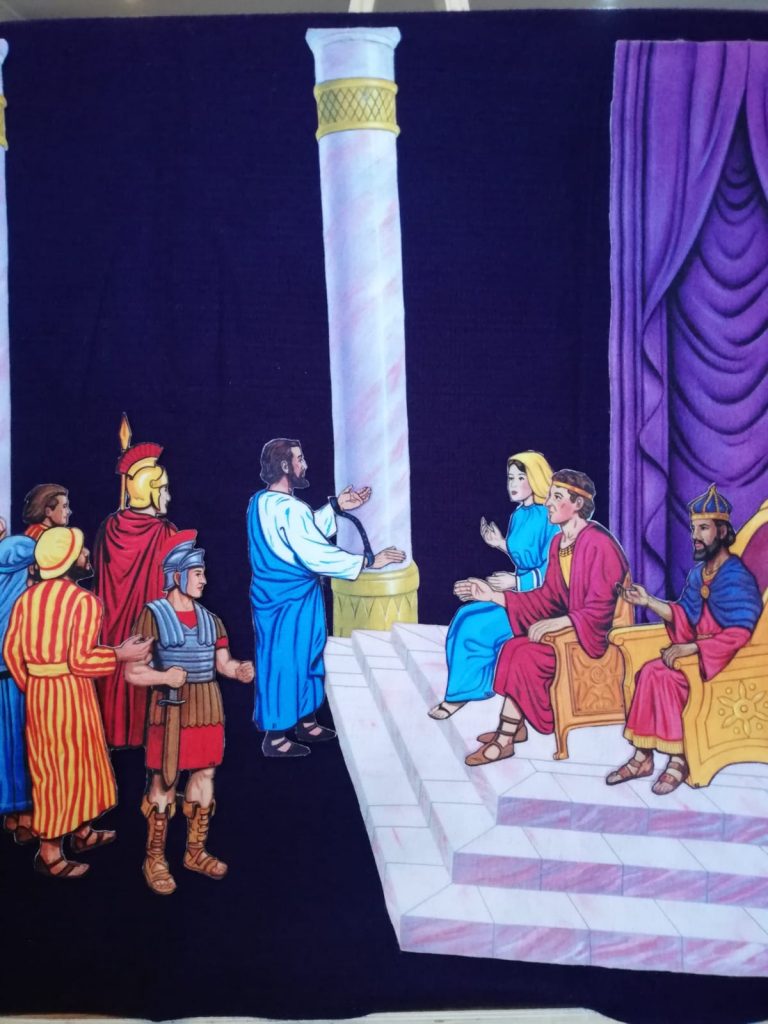 He appeared for trial before

Felix the Governor
Felix wanted Paul to tell him about faith in Christ
Paul told him about his sin and coming judgement for sin.
When he heard the gospel message, Felix trembled.

Festus the next Governor and King Agrippa with Bernice his wife.

Paul now appears before them and he tells them about Christ.
He told them how he used to persecute the Christians until he got saved.
Now he spreads the good news about Christ, the Gospel.

Festus told Paul he was mad!
Agrippa said to Paul “Almost thou persuadest me to be a Christian”

Have you ever been concerned about your sin?

We know that Christ died for our sins, He was buried and rose again the third day.
He is alive and forgives and saves all who receive Him, all who trust in him.

Fleix told Paul to go away and that he would call for him another time.
Never put off getting saved!

Festus said it was madness.
Never be temped to reject the message of the Gospel

Seems now some soul to say,

“Almost persuaded,” turn not away;

Prayers rise from hearts so dear;

Oh, be persuaded! His blood avails—

Can save from every sin,

Cleanse you without, within—

Will you not let Him in?